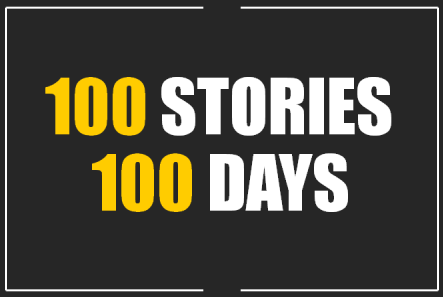 “If you wait around for the approval of self-appointed authorities, you will leave hardly any artistic legacy.”

On April 30 I submitted one short story to an online NZ news publication which was paying – PAYING! –authors to publish stories. This was an almost unheard-of opportunity, but when I offered my fine fiction, the person in charge of selecting the stories rejected my submission within ten minutes.

I sent him an even-better story immediately.

He rejected that, too, minutes later. It was obvious this guy hadn’t read what I’d sent him. He simply didn’t like me. I almost concluded that the stories I’d sent in must be rubbish… almost.

Instead, the challenge to overcome this rejection lit a fire under me. I wouldn’t be scared away from entertaining readers because of one cynical gatekeeper. While I couldn’t control the website that didn’t want my marvellous stories, I had the power to publish on the platforms I personally controlled: Facebook, Twitter, Medium and NZShortstories.com.

I announced the #100nzstories100days campaign immediately. I wanted to start on the nice square date of May 1 but that seemed like procrastination.

I just went for it. I published my best story the first day, my second-best the day after.

I used up my top ten fan-favourite stories within a week.

I then posted other favourites, mostly prize-winners…. Which didn’t get me that far (because it turned out I hadn’t won as many prizes as I imagined). 20 stories deep into a 100 stories campaign, I found myself at the bottom of a very steep hill, dedicated to a mission of meagre importance. I wasn’t exactly curing cancer or anything. Just writing the spreadsheet plan and juxtaposing the flavour of the stories so they weren’t too same-y started cutting into my bedtime and my day work.

Looking ahead, I could see that even by posting 15 stories from the five collections of short fiction I’ve published, that gave only 75 stories out of the promised hundy. Add some flash fiction – say, four good flashes spanning four years – that was only 16 flash fictions to add to the mix. I could just hit 91 stories. But a hundred? Uh-oh!

Agonising over the daily upload was cutting into my professional work, my family dinners, my kids’ bedtime. It would have been easy to get the campaign done in a day by chucking up sloppy drafts, but sharing sub-par work was not acceptable. I permitted myself to only publish strong, polished, audience-tested stories that wouldn’t embarrass me.

During all this, I was also polishing a new collection of sixteen short stories. I could toss at least a couple of newbies into the mix, but those new ones wouldn’t have marinated to perfection yet.

The solution: I went back and looked at the initial purpose of the whole thing. Here’s what I learned.

Anyway: I limped to the finish line, publishing story #100 on August 15.

I didn’t skimp on what I promised: it was 100 literary fiction short stories over at least 100 days. No poetry, no non-fiction. No cutting corners. I had some stories left over I could have published –30 drafts in my drawers– but I wasn’t proud of those. I didn’t care if just one person in Siberia was paying attention: I had to keep the standard high.

I urge anyone inspired by this to publish #10stories10days or #20poems20days or #30reviews30days. There are readers in cyberspace who will be delighted to stumble across your work.

Quit waiting for permission. If you’re good at your art, give it to your fans today.